What do you do when there is a Volcanic Eruption? 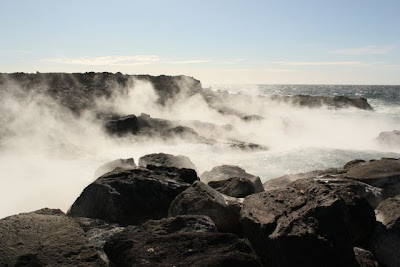 What do you do when there is a Volcanic Eruption?
The talented Toronto musician Ronley Teper came to visit me here in Reykjavik as well as playing two magical shows, she helped me in the various one-man production adventures throughout the city and beyond. As Ronley was about to hop on a plane back to the land of Canada, we learned that there had been a Volcanic Eruption in Grímsvötn in the Vatnajökull Glacier. This is not near the volcano that made international headlines last year (Eyjafjallajökull)
So what do you do when your plans of planes have been put on hold?
ROAD-TRIP
We have two wonderful friends (Anna and Gunnie) here we consider family and they come in at the most unexpected moments to show us nooks and crannies that the tourism books keep secret.
Anna called to say instead of the airport we are going to see beautiful things and drink lots of coffee.

We all piled into the car and experienced what it's like to take a day trip on a lovely lazy Sunday in Iceland (as a volcano is erupting). 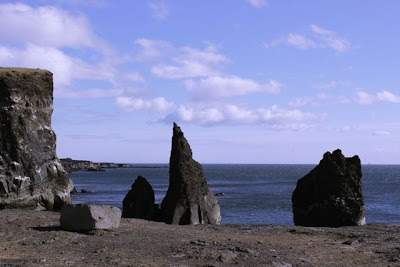 We muscled through the fierce cold winds that threatened to push us off cliffs into the deep pretty blue sea.
Bright blue and orange splotches randomly stain the dirt and the air smells like eggs (sulfur).
We crossed a bridge amongst steaming beds of earth, a warm haze covers you and nothing is visible. Once on the other end you find yourself sopping wet and cold. 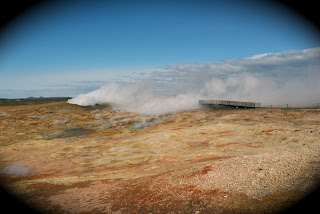 There is one area where the hot water is funneled into the very cold ocean, causing a mass amount of steam and fun sounds. 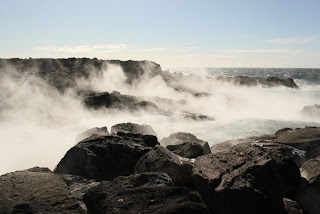 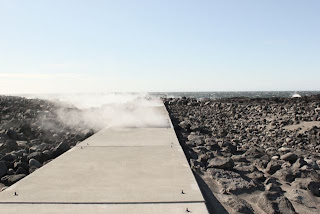 Have you ever heard of harðfiskur? It's a very popular fish that Iceland exports and is often eaten as a healthy snack. This fish has been imperative in the Icelandic fishing industry, so much so that they made a museum for the little buggers! 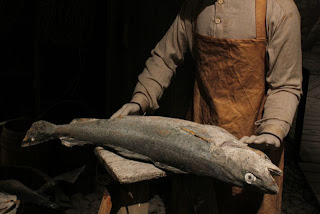 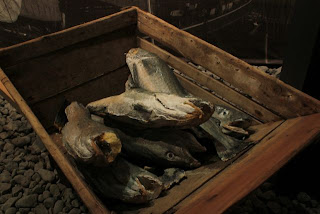 Nearly everyone has someone in their family a generation ago that was involved in the fishing industry. It's much like where I am from (Central New York) with farming, everyone was involved (within my grandparents generation) in the process somehow, it was a major industry for our area. 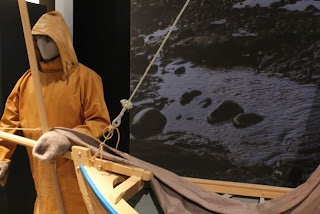 I asked Anna if having husbands out to sea so often was a major stress for the wives and she quickly said it was and that even her great grandfather was killed at sea, leaving her grandmother with seven children. 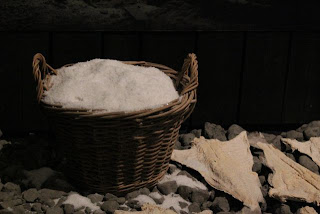 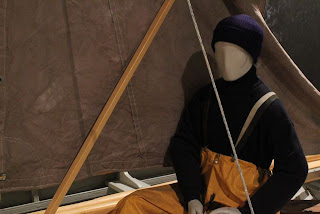 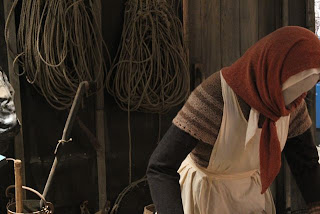 This wasn't a mans job, the entire process was greatly reliant on every one's hands. 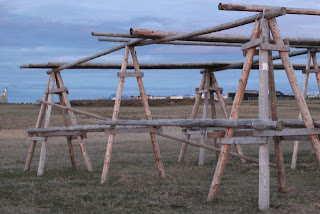 You can see the fish drying structures like this near many of the shores.
So this is what happens in disaster... we go on. And it will be much like the days before, maybe even 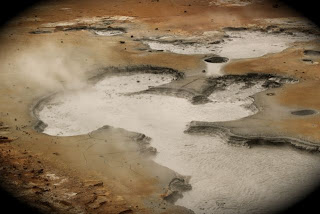 What if I never see this pile of bright green moss again?
What if you never see this pile of bright green moss... ever?
Today is day two of the Volcanic Eruption and it's made its way to Reykjavik. The warnings say do not go outside because the airs pollution is 4x the legal limit. I ran to the grocery store near by and my eyes are itchy and my skin feels like I have rolled around in Pink Panther insulation.
Tonight is one of the darkest nights I have seen here since the trip began. The ash has reached the city and the wind is violently blowing it all over. A mountain that I can always see from my window is absent from our view and three tones of dusty clouds are over the water.
Here is a video of the Eruption happening now.