There has been a considerable amount of turmoil in Iceland as of late.
I went to bed with sweet dreams of re-invented democracy and new constitutions in my head and awoke to an entirely new horizon.

Many people I speak to here in Toronto are immediately engaged with what is happening in Iceland. This is particularly true when we talk about the new constitution. I've been trying to think of how to break this down as simply as possible. 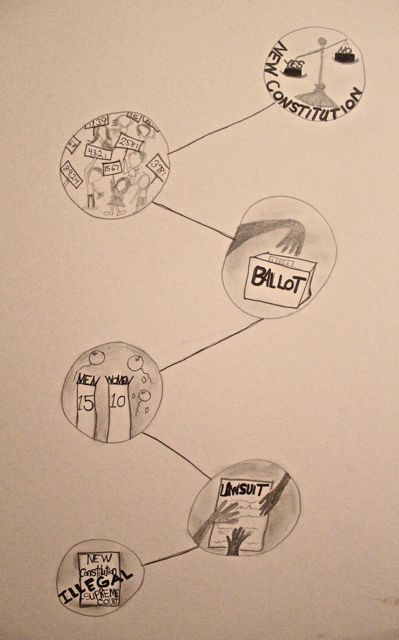 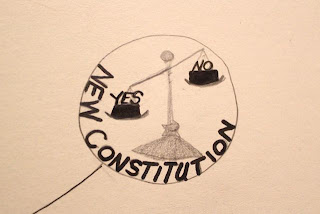 A decision was made post-crisis to re-write the Icelandic Constitution by using a direct personal election. Now it is argued that the constitution is not directly related to the economic collapse. Although many also see it as a beacon of hope and change for Iceland's future. Which if looked in that way, can be directly connected to actions being taken to ensure a crisis like the one in 2008 will not happen again. " The flaws in the government flow from the Constitution upon which it is based"- Bjarni Brynjolfsson.
(History Note: The current constitution was actually written by Denmark and used even after Iceland gained its independence)
To begin this process an event referred to as the "National Gathering" took place, 1,000 citizens were chosen at random to compile a document that will be used as a reference in writing the new constitution. The assembly drafted an outline to be submitted to the elected authors of the upcoming shiny new constitution, crafting an image of the future of Iceland, according to it's people. 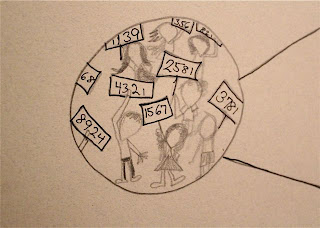 Lawyers, students, farmers, journalists, and teachers ran for a position on the constitutional assembly (Members of Parliament are not allowed to run). 526 candidates and only 25 seats open. I was in Iceland during this period of time. We were lucky enough to attend one of the meetings intended to coach those interested through the campaigning process and offer advice to the candidates running on how to properly represent yourself to the public. One of the organizers Thorglis said "It's a tricky thing to teach people how to be politicians overnight".  At this event dozens took the microphone, giving short speeches addressing their  interest in the constitution and a bit on their own personal background. The event was filmed and made available to anyone that wasn't living in Reykjavik and wanted to hear the various  candidates platforms.
There was a cap put on how much could be spent per campaign, that number still worked out to much more money than the average citizen's budget allowed. Because of this, social networks such as Facebook became paramount in campaigning. 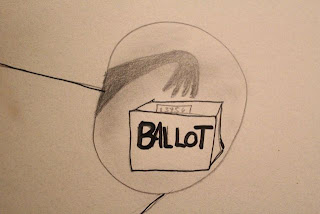 The election was held on November 27, 2010. Each candidate had a number assigned to them, because there were so many in the running, voters needed to have a "rough draft" of the numbers associated with the candidates they wanted to vote for. 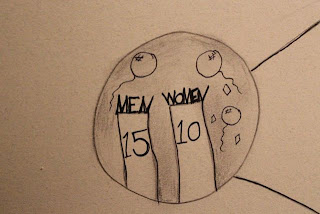 The results were impressively fairly balanced between men and women. The line-up of the chosen candidates covers all sorts of backgrounds (i.e. physician, filmmaker, lawyer, student, radio personality, farmer)
Things were about to get started, the process was to begin in February of 2011 and estimated to take between 2-4 months.
The elected 25 would spend this time in Reykjavik with the heavy duty of re-writing their nations constitution. 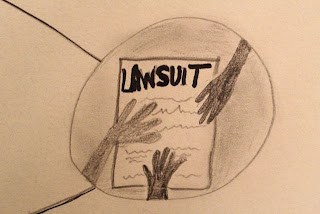 Then 3 lawsuits were handed into the courts. The claimants stated that the electoral process was not up to the standards needed to ensure fairness and voter confidentiality. (It may be worth mentioning that one of the claimants was an individual that ran in the election but did not win)
Why you may ask?

Here are the main issues the plaintiffs had with the election:
1) Due to the ballots being hand-written, a number of ballots were illegible and therefore not counted.
2) The box in which the ballots were placed did not have a lock and the forms were not folded, therefore exposing the voters choices.
3) The order in which each person voted, depended on when they showed up, therefore it was suggested in the law suite that one could trace back a voters ballot. 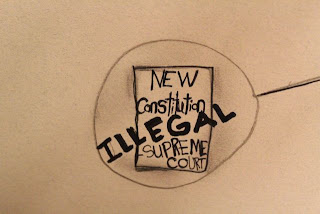 On January 25th the Supreme Court ruled the November 2010 constitutional election illegal due to its  deficiencies in execution.
Did your heart just sink too?

The Prime Minster Jóhanna Si gurðardóttir said that "The Constitutional Assembly was the nation’s tool to forge a new constitution and we cannot take the assembly away from the nation,”

A Constitutional Assembly can be a badly needed champion for the people.  "margt smatt gerir eitt stort" ("many small things make one large thing")- Eyglo Svala Arnarsdottir.  "It can eliminate the effect of money from the political process and let political parties fulfill their proper role of advocating ideologies.  It can look beyond the clamour of those who proclaim the benefits of divisive, confrontational party politics and recommend a process that puts public interest above private interest."    Fred Gohlke, Carteret, NJ, USA

I am considering the recent protest in Egypt, where its people gathered courage from watching Tunisia dramatically change their own political landscape. With smaller nations such as Iceland and Tunisia ushering in proof that we can change our situations and and are never powerless, I see that we stand a real chance at change within our own difficulties. I am not going to see this as a defeat for Iceland but rather a chance to re-claim how much they really want the constitutional reform. I look forward to reporting back to you when the assembly reconvenes.
Posted by Wilma's Wish Productions at 6:47 AM 2 comments: